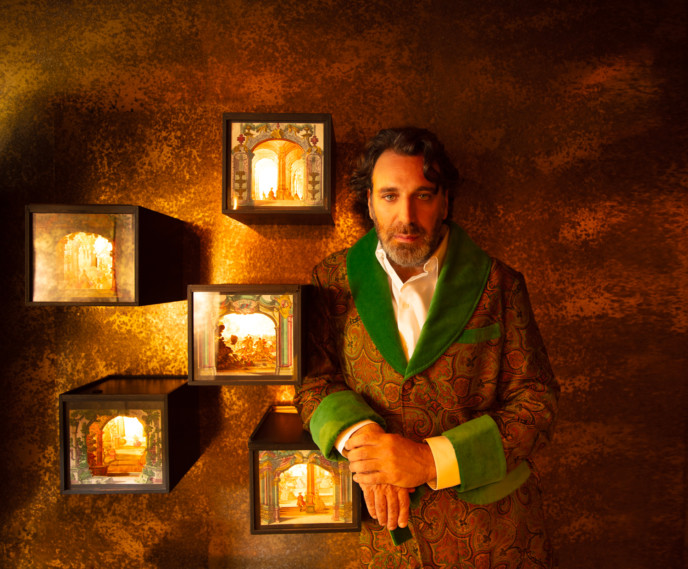 Classical composer, pianist, electro rapper and concept art genius, Chilly Gonzales is subtly reclaiming and reinventing the Christmas music that we know and love. He wants to “rewrite people’s nostalgia” and the “collective unconscious of the Western world” but, for him, this is just another log in the fire.

There are possibly few better ways for musicians to secure themselves long-term public loyalty (and maybe royalties) from their work than to candidate themselves to the sacred and eternal Pantheon of Christmas Music. It takes something special, however, to stand out among the stiff competition of the Bublé and the Careys.

Popular tastes have historically gravitated towards the cheerful and the tinselly when it comes to Christmas, so I was very curious to see what renowned minor-key-pop-connoisseur Chilly Gonzales would come up with on his very own A very chilly christmas.

The result is a thing of beauty

I know there must be an impossible immensity of Christmas albums in circulation today but I’ve never quite heard anything quite like this one. And that’s saying something considering the album features Jingle Bells, Last Christmas and Silent Night. Chilly has been able to beautifully interpret songs, some of which, let’s face it, we are bombarded with ad nauseum every year, in a way which is mesmerizing and profound.

“I’m basically playing with songs which have been in the collective unconscious of the Western world.”

“They’re very ripe for being transformed” he tells me as he joins me on a phone call from the comfort of his Cologne home. More than transforming, Chilly has boldly reclaimed the songs he has known, loved and played as a child. Songs that he claims have been taken away from him with the intense commercialization of the Christmas genre.

The title of the album is more than just a pun

Every composition plays with the balance between the typically warm, familiar and homely feeling of Christmas music and its much more cold, sombre and introspective elements. The latter shine through much more evidently.

Many of the songs on the record are traditionally sung and heard in the company of family and friends, in choirs or in busy shopping districts. Instead, Chilly Gonzales manages to transform them into moments of deeply intimate contemplation and reflection.

Many people dislike or even reject Christmas altogether out of a resentment for the feeling that a forced sense of joy and seasonal cheer is being imposed on them. Chilly wants to let them know that there is an alternative. There is a way to enjoy the festivities in a way that is more “solitary and authentic” by “providing warmth through a more realistic understanding of what people have been through”.

We don’t have to be overjoyed but we don’t have to be a Grinch either. There is “a Middle Way”, something that Chilly has always embodied, living at the intersection between being a pop entertainer and a classical composer.

This isn’t going to be your average Christmas

So it’s only suitable that Chilly didn’t compose your average Christmas album. It “reflects a wider range of feelings” that doesn’t just “represent the capitalist dream that we’re being sold every year to ‘consume, eat and be happy’”. This will be a Christmas which, we hope, will provide respite and comfort to those who struggled and needed it the most in 2020, a difficult year for most.

Chilly Gonzales is well known now for his dissection and analysis of pop music (you must watch his Gonzervatory) through the lens of a classically-trained composer so it is especially interesting to see how he tackles a variety of hymns and, well, pop music. The simplicity of the melodies and of their themes is all the more fascinating when processed through the mind of someone who knows the piano like the back of his hands – which I’m sure he knows very well.

We hear the typical Christmas motifs that instantly conjure up familiar longings for woodfire and turtleneck sweaters be taken by the hand and gently carried outside into the cold, monochrome and yet awe-inspiring landscape of Gonzales’ mind.

I was fascinated to hear him speak of the significance of nostalgia in his music.

“It’s a part of music. A big part of this album is trying to bring it back and say ‘Hey, remember what it felt like at Christmas when you were a kid? Let me see if I can bring that back’”.

Nostalgia is a beautiful and useful thing, it helps us to reconnect with special moments of belonging from our past when we need it most in the present. “We’re rewriting nostalgia!” Gonzales says “it’s a valid thing to explore the past but we can’t ignore the present and certainly not the future”.

Taking the “I” out of All I want for Christmas

This album is also about taking the self-indulgent, narcissistic “I” out of the pop songs like All I want for Christmas and reimagining them as communal, choral folk music to be sung in good company. At the same time, Gonzales is very much injecting the intimate, personal and introspective “I” back into the carols and hymns like Silent Night and ‘We Three Kings which are rarely listened to or sung alone.

I have to say that his Snow is Falling in Manhattan, featuring the great Jarvis Cocker, is my favourite from the record. What an absolutely transportive performance by the two. I felt myself leave my own body like the ghost of Christmas past and float across the streets of the Big Apple, peering into windows and scenes of warmth and love.

Thank you Chilly for this thoughtful gift of intimate, shared compassion. Good tidings to you! 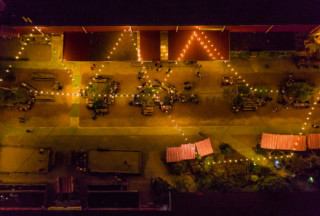 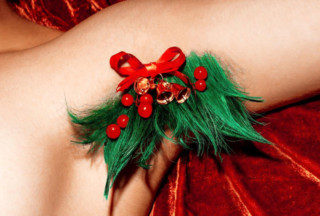