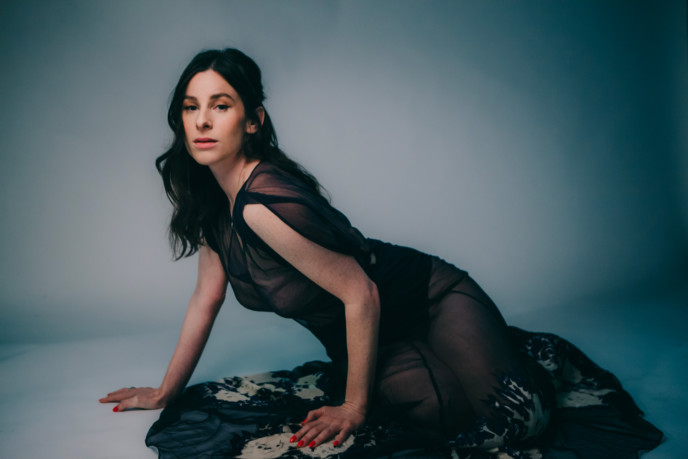 A stunning escape into pre-pandemic innocence and introspective sincerity, Buzzy Lee’s new LP, Spoiled Love, proves that she is an artist you need to know about this year.

Born and raised in and around the bright lights of Hollywood, Buzzy Lee’s debut album is pure cinematic escapism at its most profound and atmospheric. In collaboration with her long-term friend and electronic music virtuoso Nicolas Jaar, Pianist and singer Sasha Spielberg is reassuring us that great music is not going anywhere in 2021. In fact, it’s getting more emotionally captivating than ever before!

There’s a certain quality to the beautiful sounds that I’m being confronted with that I can’t quite place my finger on and, in my opinion, there’s no better sign of great music than not being sure what to make of it, or what to feel for it. Is it haunting or is it radiant? Is it ghostly or is it sublime? Is it reflecting the state of the world out there or is it an introspective journey into the mind of the artist? It’s neither one or the other really, it’s something else.

Buzzy Lee, née Sasha Spielberg, has brought me an early reassurance that music… music is going to be alright in 2021. And by ‘alright’ I mean it’s going to be absolutely bloody thriving! Like the crest of an ocean wave during a period of turbulent weather, it looks as though the collective creativity of musicians around the world is set to come back stronger than ever, reaching higher peaks of emotional intensity and excitement than ever before.

Like many of us, Sasha has made it through 2020 by finding a renewed sense of joy in the little things such as cleaning, reading, rediscovering old songs, watching trashy reality TV and baking banana bread. The French readers of General POP will surely be impressed by her successful attempts at baking Kouign-amann, the pastry buttery bomb from Bretagne known as ‘the fattiest pastry in all of Europe’.

…. As she was about to tuck into her granola bowl at her Los Angeles home, flawlessly dressed in a lilac and tangerine outfit that was straight out of a Wes Anderson set.

Even though her album – Spoiled Love – came together in 2019, Sasha wrote it in semi-lockdown-style conditions, away from the surface-level distractions of parties, dinners and coffees with people you don’t have much to talk about with. Ah, the good ol’ days!

“I write all of my songs in the same corner of the house and, when you’re confined to one corner, you start to notice so many more things. The distractions this year are much more introspective.”

“I have anxiety, as a lot of people do, and I can easily spend hours on a phone and not reveal anything. Being given this pause was obviously very anxiety-inducing but I didn’t feel like everyone else was moving and I wasn’t, so I was able to take longer walks, start meditating and painting again.”

“I can be very performative at times when I am in a social setting. Music for me provides alone time and silence, even though I’m making noise”

There is something in Buzzy Lee’s sound that we can, in fact, recognize. From the overarching themes of, as the title suggests, a romance turned sour or a spiritual crisis, to the full-bodied use of atmospheric effects and soundscaping that should be preceded by the Dolby Digital logo, it is without a doubt that her upbringing in and around Hollywood has had an influence on her music. There is something about her sound that is undeniably cinematic.

“Growing up we listened to so many music scores, I feel like my life was narrated by movie scores. Even without music around me, I’d be walking down the street and a movie score would pop into my head or I’d be learning to drive for the first time and the theme from Jaws would come to mind.”

“I was literally followed by all these scores my entire life and I think that absolutely had a significance on my music. Some of my songs actually start as movie scores. The piano melody from StrangeTown actually began with me thinking: “Oh, this would be a funny Western score”.

StrangeTown, you’ll hear, is an exceptionally good track and my personal favourite off the album. When I asked her what her most beloved soundtracks were, Sasha told me:

“I loved [the soundtrack] from Birth by Alexandre Desplat. The Schindler’s List score absolutely destroys me. E.T. and anything by Ennio Morricone.”

It would be wrong, however, to try to pin this album down to any particular genre or reference for our own convenience. Buzzy Lee has done what is necessary for any new, up-and-coming artist to do to break ground: she’s blended, reinvented sounds and themes that are very familiar in order to bring them into the 21st Century and, most notably, into the 21st year of this century. The result is, as I mentioned, a feeling that is quite different and that I still can’t, nor would I want to, define.

“If I were trying to convey a message then maybe it was subliminal in a way because I tried to just let everything come out. If anyone gets a message from it then that’s great but it was just… all me.”

From songwriting to production

When I found out that Spoiled Love was entirely produced by Nicolas Jaar, it all began to make sense. I knew that it sounded surprisingly mature for a debut LP and Jaar’s influence was immediately clear, once I noticed it.

“Nico is so spatially aware, so aware of the space of noise. He lets things breathe so naturally and with that breath comes so much honesty. He challenges me. He calls me out but also really listens to me. I feel like ‘producer’ is an understatement, he really brings so much more.”

“The amount we laughed when recording. You wouldn’t think we would’ve laughed this much making this record”.

A labour of love, authenticity, friendship, expert artistry and true genuine whole-hearted self-expression, I can’t find any reason why this stunning debut album won’t continue to achieve success and receive every bit of recognition that it deserves. 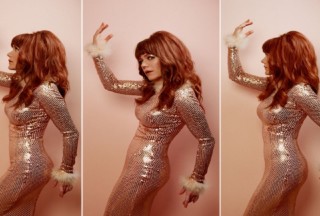 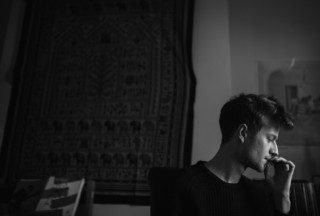