We Are From LA: exclusive interview 1/2

They are young, talented and just won a Grammy Award for Pharrell Williams’ Happy 24h music video. Meeting with Pierre and Clément, the two members of We Are From LA who directed Air France “France is in the Air” new commercial.

Happy with the Grammy

BETCPOP : Happy? What was your first reaction right after the announcement? Were you expecting it?

Pierre : It was insane, we really didn’t expect any of it. We were sure Sia would win, so it was a huge surprise.

Clément : It was a slap in the face, it took us a long time to realize. We were almost sure we wouldn’t win, so we didn’t stress at all and prepared nothing (laughs)

Does this Grammy reward the whole digital project or just the music video ?

C: I think its the whole project

C: It wasn’t clearly announced but everybody mentioned the « 24 hours video ». Above the prize itself, the most crazy thing is that- for the first time- a new format got awarded. It celebrates the arrival of digital into music communication and that is the real victory !

What did you guys say on stage?

C: I wanted to say « fuck off social insertion » but I forgot my line (laughs)

P:We naturally thanked the whole Iconoclast crew and all the people we worked with. Happy was real team work: to get 24h of video, you need to have extremely motivated people. Pharrell himself gave us a lot of time

Which one of you brought the Grammy home?

C: Yeah you don’t come home with it

P: Actually, it’s the same Grammy during the whole night, going from hand to hand.

C: And there is this one guy whose job is to clean THE Grammy Award during the whole night (laughs). The object isn’t very important at the end, we are mentioned on Wikipedia, right after David Fincher, that rocks !

Speaking of David Fincher, do you plan to shoot a movie at some point?

P: Yes, why not. We are just taking our time so far. We still need to experiment in the meanwhile. We have a lot to learn and we’ll need a good idea.

C: Yes, the idea is the most important

P: Our work depends on ideas. When we think we have a really good one, its visceral, we want to make it happen and we work really hard for it.

How long did a project like Happy last, from the initial idea to the broadcast?

P: It took only 4 months, which is really fast, and it surprised us a lot. Yohann (Lemoine – Woodkid) put us on the spot and ask us to introduce an idea for Happy. Pharrell liked it immediately and a week after, we were in Los Angeles to work on the project. One week after, we were shooting with Pharrell. With American artists, its always fast.

How many projects do you work on per year ?

C: We’d rather have a good idea and invest all of our time on it rather than work on several “ordinary projects”.

You directed the last Air France commercial. France and its talents are the heart of the ad- from the style to the directors, scenes, and actors- everything is French. Since you won the Grammy, you are amongst the France Ambassadors now more then ever ?

P: Exactly, we got tweeted by the French embassy in LA and even better: the Government Facebook page congratulated us (laughs)

C: It’s really funny- amongst all the political posts, the only one that doesn’t talk about the Prime Minister, is about our Grammy!

P: Its cool, we are proud of this.

C: We also appeared on the news, just imagine the face of my grandparents when they saw me randomly

P: My dad thought he was hallucinating (laughs)!

How do you work on such a project?

P: It’s another great product of teamwork, with a lot of people involved and lot of communication between both the client and the agency and between us and the agency. You can’t build a commercial like that without direct and natural conversations. We already worked with BETC on Evian so we know each other pretty well now.

C: Yes, for that kind of ad, it’s a lot of work, from the head of production to the stylist, to music supervision and post-production, and finally to the client and the creative. Everybody works hard and commits fully. The idea is that each person adds up to the whole project.

2012: the Gifmemore Party, 2013: Evian Babies, 2014: Pharrell and happy people, 2015: Air France and the French art-de-vivre, is there some kind of subliminal and autobiographic message somewhere?

P: (laughs) No, the idea is fun but there’s no actual link between our projects

C: We are careful when it comes to selecting projects. We spend months working on it, and that’s the only common point- true commitment.

P: We are starting a photography career. We did 4 shootings that will issue soon: 1 for Air France Magazine and 3 for French fashion magazine, Jalouse. We will try to turn in into an exhibition at some point in June

C: Opening the scale of activities ! 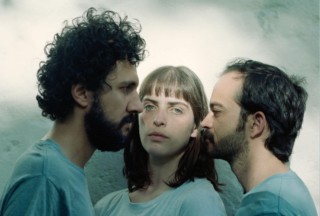 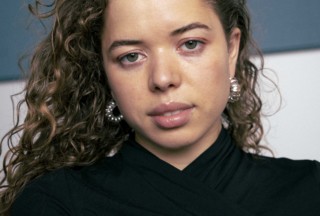